What the Hello Is Ello, Part I 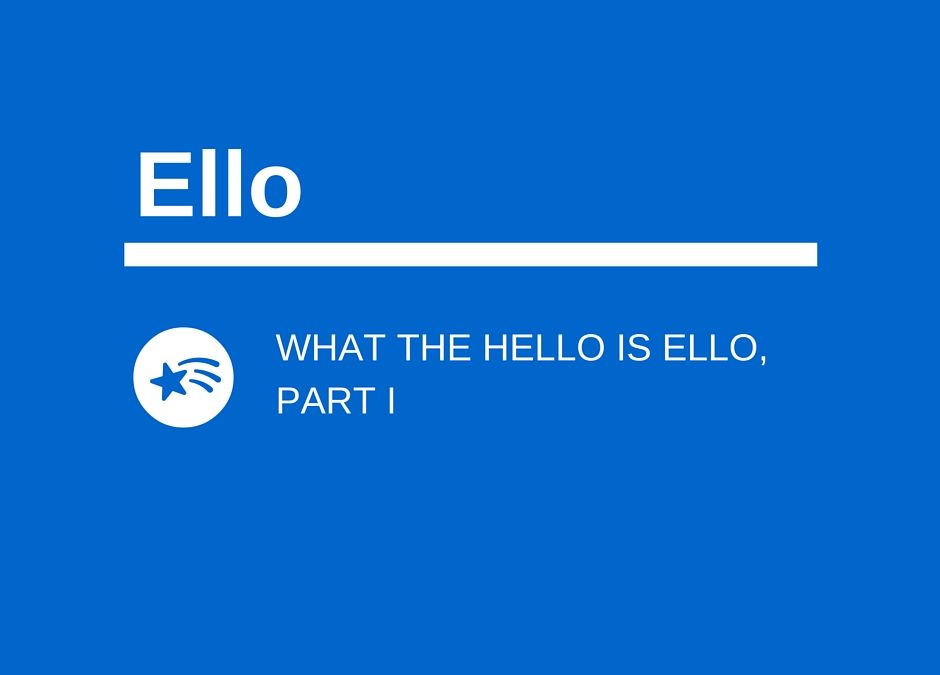 Have you ever been invited as a guest to one of those exclusive members only clubs?  Imagine getting there and, instead of meeting a bunch of nose-in-the-air rich folks surrounded by taxidermy covered walls, it turns out to be hippy artist colony-esque and inhabited by cool “real people.” That is sort of what the new social network Ello feels like at the moment.

Ello – A Social Network That Cares

Ello is a social network with a conscience or at least that is what it claims in its manifesto. You know it’s going to be different than its ad-driven, privacy invading, data mining sistren and brethren because, first of all… it has a manifesto.  To boil it down, the manifesto states it will not treat you like a product; it won’t sell your info to the highest bidder; it will protect your privacy and work with you, the user, to create a place to “connect, create and celebrate life.”  Sounds good, right?  We’ll see. 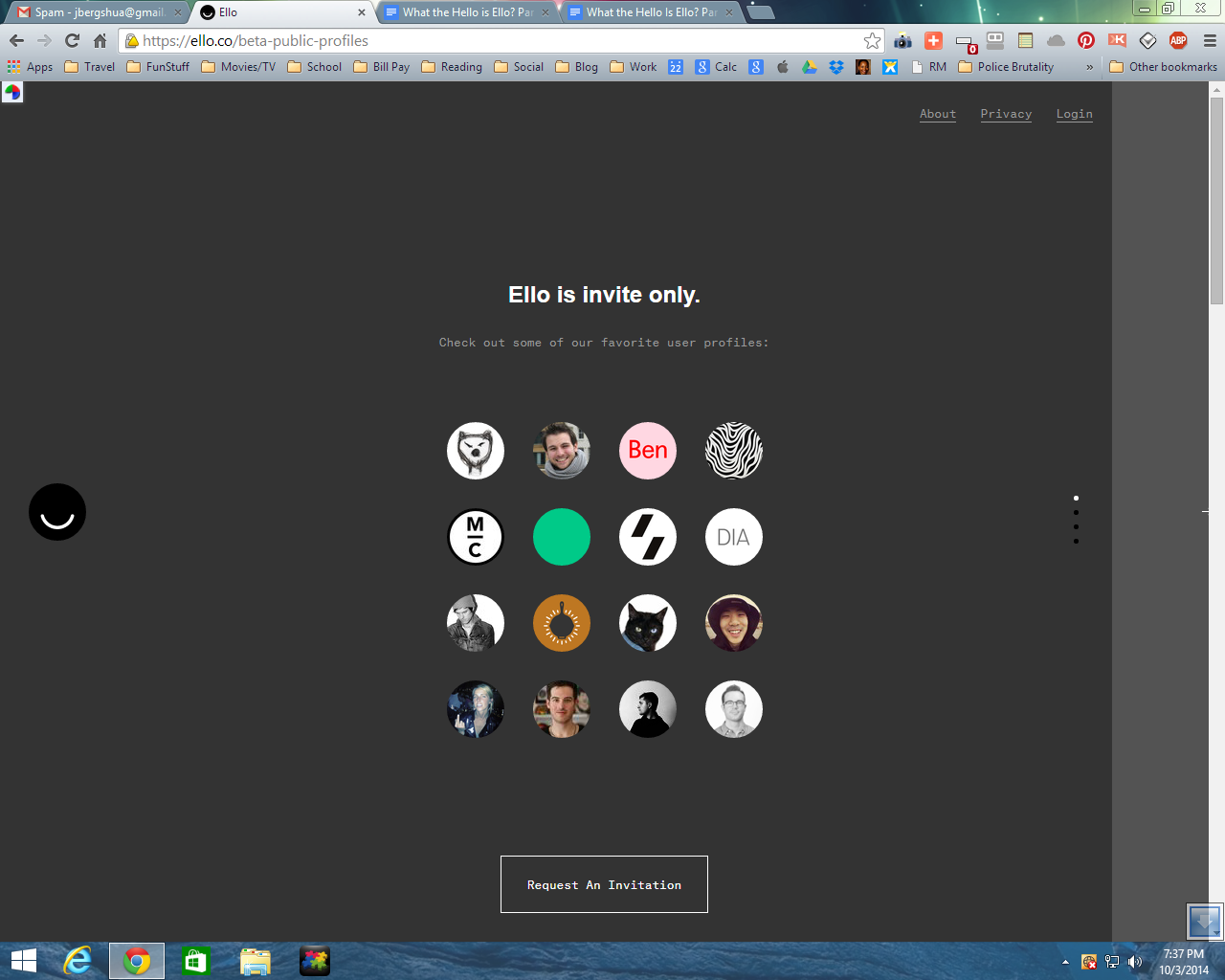 Ello has been around for a while as a private network which garnered enough interest and requests to join that it decided to open to the public.  It’s currently in a beta incarnation and is invite only.  You can, however, request to be invited and it welcomes people in phases.  I am writing this from the outside looking in, since I have just requested but not yet been invited to join.  Please check back for What the Hello Is Ello? Part II after I sneak past the guy at the door with the list 😉

I was immediately drawn to Ello because a couple of the coolest people I know beckoned me from another social network that shall remain unnamed (and Faceless;-)  Even without being a member, you can peruse the look and feel of the site.  What I found was quite enticing.  You are immediately struck by its clean and uncluttered look and feel.  It is simple and engagingly quirky.  As you glance through the user profiles, which it encourage you to do as soon as you land, it becomes obvious that the focus is showcasing images.  The member pics are large and beautifully in charge. 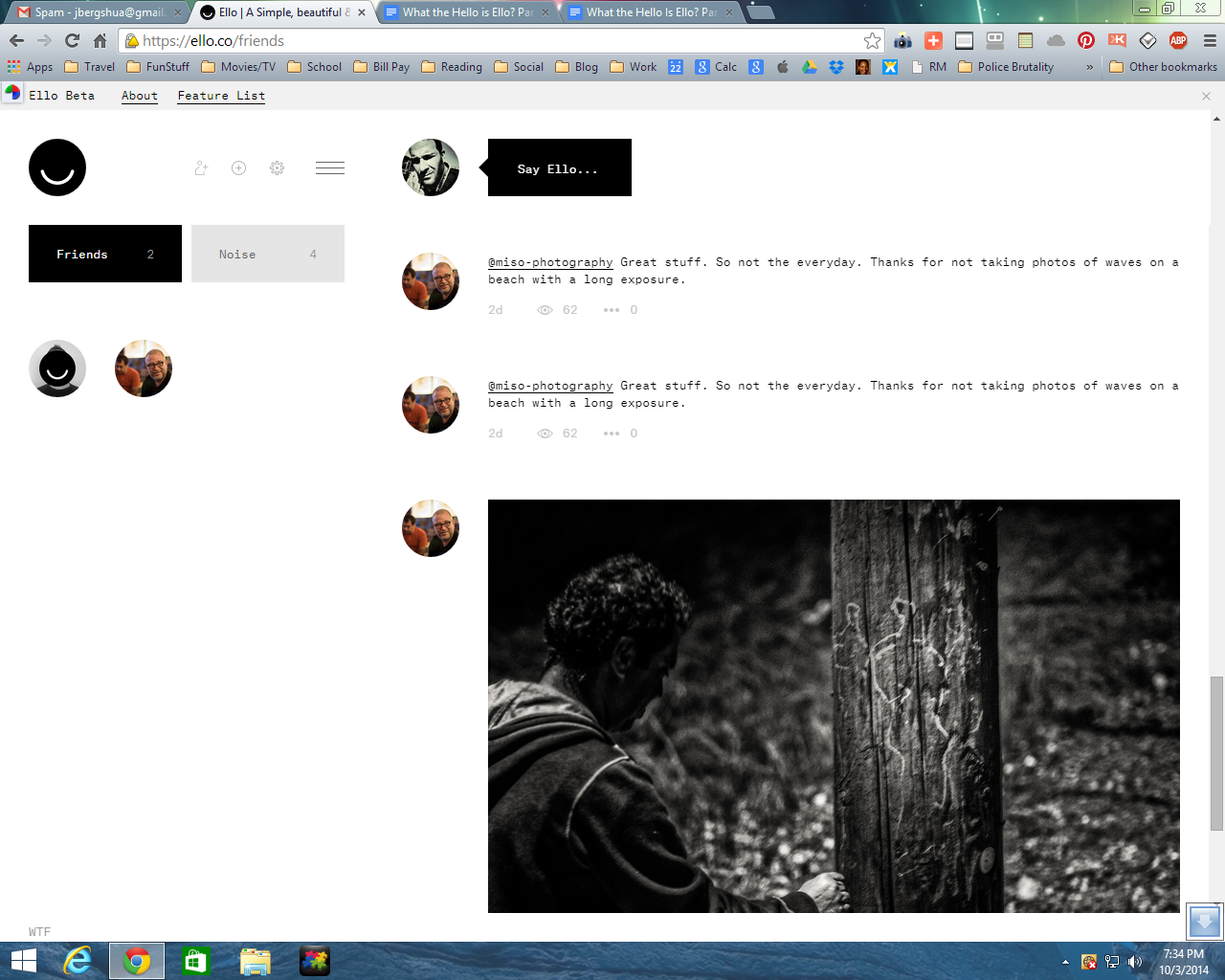 Further exploration will lead you to its awesomely named WTF page, where you can find out all about the network.  Ello is committed 100% to be be nothing you hate about other networks, including and most importantly, forever ad-free.

Ello! Show me the money!

The question remains, how will they monetize?  It seems that eventually they will charge for premium features.  What those features will be and their relative value is yet to be determined.  Until then, you can follow along with the roll out since it publishes and updates its list of features, present and in the hopper.

Researching everything that is abhorred about other businesses to figure out how to blueprint your own, is a smart move.  Is Ello merely leading us in to reveal itself later as just another soulless enterprise concerned only with the almighty dollar?  My first impression is that it is honestly striving to be respectful and a true partner with its users.

Will Ello have longevity or will it be the new hip club that a month from now becomes URL not found?  Worse yet, will it be bought out by Bigger Fish Inc. as soon as it gains traction?  That remains to be seen.

Check back for Part II once I am Ello-vated to membership status and can kick the tires a  bit.

Note from Steve: This was written by our very own Josh Berg in his quest for what’s new and what’s’ hip! Come back for Part II coming up!